The Most Anticipated Movies of 2020 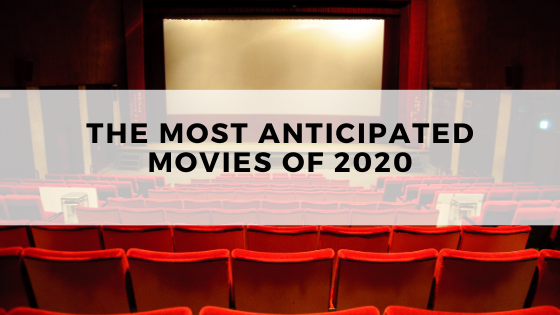 With today’s streaming services it should come as no surprise that some of the most anticipated films of 2020 are coming to us via small screens. Be that as it may, there are still some major blockbusters to look forward to.

Fans of the film Lost in Translation will be excited to hear that director Sofia Coppola is once again reuniting with her muse, Bill Murray. The adventure movie On the Rocks tells the story of a young mother who reconnects with her father, and it takes us along the complicated ride that ensues. Many other noteworthy cameos appear which makes this a must-see for fans.

Speaking of reminders of the past, anyone who fondly remembers watching the series The Sopranos wishes they could see more of Tony, if only for a moment. There is a double-blessing coming soon in the form of a prequel that examines Tony’s early years in The Many Saints of Newark, and the bonus is that his character is being played by James Gandolfini’s real-life son, Michael. A whole host of A-listers joins the cast to keep fans of the mobster genre engaged as well.

Just because the Marvel Universe has seen its climactic end with End Game doesn’t mean there has to be an end to superhero movies. The DC universe still has many a story to tell. Wonder Woman 1984 will draw old and new fans alike since there is still a huge wave of nostalgia for the original TV series.

Fans of Steven Spielberg will flock to anything his name is attached to and with good reason. The man is super-talented. Now he is bringing two demographics together with his first-ever movie based on a musical. West Side Story is the classic boy-meets-girl, Romeo and Juliet-style telling of love and loss. The upcoming wave of teen heartthrobs who are bound to have career-launching roles will be a big draw for younger crowds, as well as musical theater buffs.

For those who still love Peter Pan, they will be thrilled to see a fresh take on the story, this time through the eyes of the story’s true heroine, Wendy Darling. In this day and age of strong female protagonists, this Wendy is no wallflower. She’s a multi-dimensional fighter, willing to do whatever it takes to save her family and friends and the spirit of youth. The enemies here are not just in pirate form. Time and adulthood threaten to take away the joys of youth.