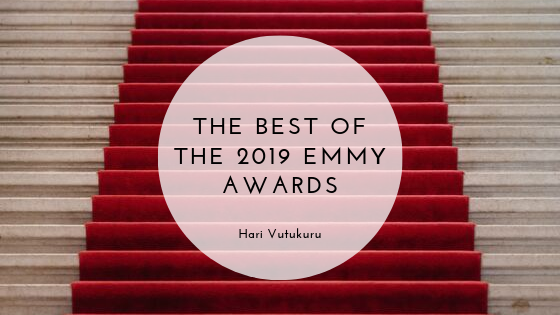 As we quickly approach the end of the year, one silver lining presents itself while we consider the enevitably harsh winter ahead – award season is here! With that said, the 71st Emmy Awards were presented on September 22. While some wins were more predictable, there were some curveballs thrown during the night as well. In case you missed the show or the plethora of social media coverage, here is a recap of the biggest wins of the night.

Amazon’s original shows swept most of the comedy category, winning the best supporting actor and actress in The Marvelous Mrs. Maisel as well as best comedy series writing, directing, and lead actress for Fleabag. In fact, Phoebe Waller-Bridge won 3 awards by the end of the night her for various levels of involvement in the show.

RuPaul’s Drag Race won for the best reality competition show, while the remainder of the reality category awards were presented at the Creative Arts ceremony a few weeks back. During his acceptance speech, RuPaul encouraged watchers and listeners to register to vote in preparation for the upcoming election. It was a light-hearted reminder with no political agenda behind it, which is a change from the norm.

HBO’s Chernobyl, a limited series that dramatized the events of the 1986 cataphoric explosion, won for it’s directing by Johan Renck, for the writing by Craig Mazin, and once more for outstanding limited series. Netflix’s limited series When They See Us was a highly anticipated win in the category of best lead actor. Jharrel Jerome represented his character Korey Wise as a teenager as well as an adult, following the timeline of the show. Lead actress in a limited series or movie was rightfully earned by Michelle Williams for her role as Gwen Verdon in the FX original Fosse/Verdon.

The drama series awards are usually the most anticipated of the night. To no surprise, HBO’s Game of Thrones won best drama series, even after it’s highly-criticized final season. Peter Dinklage, one of the few American actors on the show, also won for best supporting actor in a drama series. However, the best supporting actress, in a pleasant surprise, went to Ozark’s Julia Garner. Jason Bateman also took home the Emmy for his directing of the Netflix drama.
The lead actor in a drama series award went to Billy Porter in Pose, which came as a happy shock to some people in the audience. Following Billy Porter was Jodie Comer, winner of the best leading actress in a drama series, Killing Eve. This show was created by Phoebe Waller-Bridge, who earlier in the night brought home multiple awards for Fleabag. As every year holds true, the Emmy Awards can be unpredictable – but make for some great show recommendations.