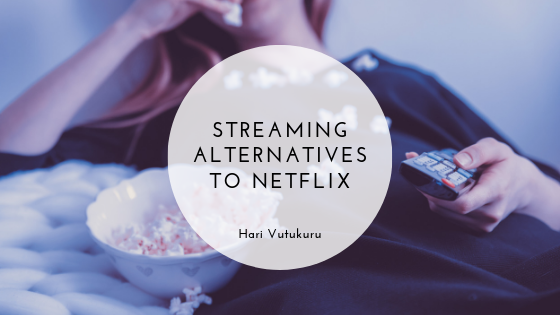 Cable television has a bad reputation for its endless commercial breaks, hidden service fees, and subpar customer service. Luckily, there are internet streaming services that offer users various luxuries with a lower subscription fee, like fewer to no commercials and a catered selection of television shows and movies.

Internationally, Netflix reigns supreme, with over 140 million users worldwide. However, for those who have been kicked off their friend’s subscriptions, don’t like the selections that Netflix offers, or are in the community of expats living in the confines of China’s Great Firewall, there are alternatives streaming subscriptions.

For those who live within the US, Hulu is the most popular alternative to Netflix. It comes with a greater variety of television series unavailable on Netflix, such as This is Us and Handmaiden’s Tale. While Netflix boasts an impressive selection of original movies, Hulu holds the same for television series. It also is offered free with several internet and cellphone packages.

The world’s leading online retailer also offers an abundance of movies and T.V. shows for Prime subscribers. Not only can you benefit from the free two-day shipping options on millions of products, but you gain access to electronic books, movies, and shows making Amazon a true one-stop-shop.

For Doctor Who lovers who just don’t want to shell out the money for Amazon Prime, your next best bet is AcornTV. It is equipped with all your favorite British television fare, including Jack Irish, Murdoch Mysteries, and Rumpole of Bailey.

For the world travelers looking for a reliable way to watch their favorite shows, look no further than these apps. While highly popular in China for being the Chinese version of YouTube, the “No Copyright” laws in China make accessing shows like Gilmore Girls, Peppa Pig, and the entire Harry Potter Hexology a breeze.

If you’re looking for a one size fits all kind of solution to your streaming needs, Putlockers are an undeniable source of movie and television wealth. However, caution needs to be exercised. Nothing in this world is free, and so if the Putlockers aren’t charging you for access to copyrighted data, you can bet that your computer is at a higher risk of contracting a virus.

Using a system that is hardwired against viruses and is constantly updating is a good start, but caution is to be advised still. When downloading items from a Putlocker, do not save them to your hard drive. Only watch them on the streaming site, avoid ads, and be advised of long downloading times.

The streaming services available today are greatly varied. Most people find they need at least two services to fully encapsulate their niche needs. Ultimately the services you choose need to tailor to your tastes as much as possible.

While no service will be perfect, the above-listed options should set you on the path to finding a streaming service to suit your desires.