A Recap of the 2019 Toronto International Film Festival 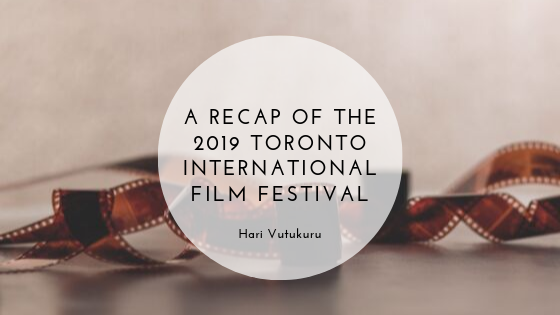 The Toronto International Film Festival, also referred to as TIFF, is one of the biggest film events in the world. Established in 1976, the festival now attracts over 400,000 people annually. Since it is a public event, a large number of attendees are not affiliated with the film industry, they’re just there to see good cinema and appreciate the art. TIFF’s stated mission is to help change people’s worldviews with film.

Toronto attracts works by professional and talented directors from all over the world. Taika Waititi’s Jojo Rabbit was a big winner at this year’s TIFF, along with Noah Baumbach’s Marriage Story. The TIFF is also notable for the excellent short features that it attracts. In 2019, 55 shorts screened at the Toronto International Film Festival. With such a large number of shorts, it’s no surprise that they addressed all aspects of the human condition and employed all manners of filming techniques – making them unique in many ways.

Chloe Robichaud’s Delphine took home the award for Best Canadian Short Film. This is a coming-of-age film of sorts, exploring the development of two girls as they make the transition from tweens to teens. Set in the Quebec city of Ville St Laurent, this short film is also unique for the distinctive sense of space and time it creates. All Cats are Grey in the Dark won the award for Best Short Film. This explores the world of a lonely, eccentric man who is devoted to his cats. Out of step with the world around him, he eventually strives to create a different kind of family with the two cats in his care. This short had moments of humor and touching scenes of quiet desperation.

Carol Nguyen’s No Crying at the Dinner Table is a unique story true to her own self in that she confronts her family within the short. Initially, Nguyen interviews them about their traumatic family past. Then, she shows them how she sees them by playing the interview back to them. Unsettling and cathartic, this unusual short film made a big impact on audiences at the festival.

Short films exist outside the mainstream of cinema, but offer directors a unique format in which to safely experiment. At film festivals like TIFF, shorts are often among the most impactful and unusual films on the program, gaining the most attention. TIFF is a highly anticipated annual event that art lovers of all mediums look forward to attending.